Rationality wins, for a change

The Ninth Circuit opinion in Altera v. Commissioner has now come out, reversing a Tax Court decision in a transfer pricing / cost-sharing case that I previously discussed here. It's a win for the government, and a win for good sense both in regulatory review generally and with respect to the particular issues posed here.

The majority opinion appears to have wholly adopted the viewpoints expressed in amicus briefs that multiple law professors signed, one lead-penned by Clint Wallace (I was among the signatories) and the other by Susan Morse. Whether or not the court thought about it this way, the fact that so many law profs were on one side, without any financial stake, remuneration, etc. (and I believe none were on the other side, at least on this basis) may conceivably have served as a useful signal. There have been quite a few recent international or state tax cases in which law profs were on both sides, and there the proper takeaway was indeed that, in those cases, the merits were far more substantially in dispute among experts than here.

In Altera, the Tax Court unfortunately lost its way, and adopted the views both that stock options cost the issuer zero (in which case I'd like some, please) and that particular details of exchanges between unrelated parties in wholly different contexts should be used mechanically as evidence of "arm's length," without an adequate analysis of actual comparability or of how incentives and circumstances might differ as between the settings. The Ninth Circuit's Altera opinion does a nice job in explaining why the so-called comparable transactions, in which costs of incentive compensation were apparently ignored in particular deals between unrelated parties, weren't actually comparable in any serious or realistic sense.

The majority opinion also offers a useful and instructive primer on both the history of, and the legislative rationales for, the U.S. transfer pricing rules, in particular as they apply to intangibles. And it sensibly explains why the trap that taxpayers tried to set for the government in the regulatory "notice and comment" stage, by submitting an avalanche of not very relevant material that they correctly guessed the Treasury preamble wouldn't spend countless pages rebutting point by point, shouldn't be treated as showing a process failure on the Treasury's part.

The just-released decision is in effect a do-over. It came out the same way a couple of years ago, but Judge Stephen Reinhardt's death, after he had signed the majority opinion but before it was reissued, persuaded the Ninth Circuit that the case should be reheard. Given the merits. I'm not at all surprised that Judge Graber, who replaced Reinhardt on the panel, ended up voting the same way.
Posted by Daniel Shaviro at 11:05 AM 18 comments:

This past Thursday through Saturday (May 30-June 1), I was attending, as I do most years, the Law and Society Association’s Annual Meeting, which was held this year in Washington D.C. (Next year, Denver.)

I went to a couple of LSA annual meetings about twenty years ago, then stopped going because there was almost no one there who had any interest whatsoever in tax or budget topics. But then Neil Buchanan created an institution in which lots of tax people would attend the LSA and have their own panels – kind of a separate conference within the LSA conference. And when Neil eventually got tired of doing all the grunt work year after year after year, Jennifer Bird-Pollan and Mirit Eyal Cohen volunteered to help out so that he / they / we could keep the thing going.

This was a typical year, with a tax panel in every single conference time slot (including a lunchtime slot), and I think about 60 tax people attending – mainly from the U.S. and Canada, but also from farther afield, such as the EU and New Zealand. It’s a nice group, with diverse interests and a supportive / collegial vibe that makes attending the LSA a pleasure. The seniority range is from very junior to very senior plus everything in between.

In this type of setting, one won’t have read the papers that are being presented, absent significant extra effort. But you do get to hear the twenty minute talks, and if one paper doesn’t happen to interest you enormously (as is inevitable when there are so many), there’s always the next one. Its being a “law and society” conference tends to reduce – but not eliminate – hardcore public economics content in favor of diverse methodologies and interests, but you get a range of standard tax policy papers, tax history, sociology, focus on retirement or inequality issues, etc.

This year, because it’s a hot topic, there were several papers touching on the digital service taxes that are currently emerging in the EU and elsewhere (does the UK still count as “EU” for this purpose?). This was good news for me, as DSTs are a current interest that I’m writing about. Indeed, during spare moments I was able to think about the structure of my paper-to-be. Current working title, which is perhaps too long and wordy: “Digital Service Taxes and the Broader Shift From Determining the Source of Income to Devising (Sub?-) Optimal Tariffs.”

My own talk concerned a paper on P.G. Wodehouse that I may or may not write, either as a freestanding piece or as an early chapter in Volume 2 of a possible book sequence on literature and high-end inequality. I have already written Volume 1, which is currently on offer to publishers and has the working title Dangerous Grandiosity: Literary Perspectives on High-End Inequality Through the First Gilded Age.

My talk discussed the completed book, along with what I might (or might not) write about P.G. Wodehouse. Its title is “Reading Wodehouse Seriously (?!),” with the ?! serving to acknowledge the point, why on Earth would one want to be such a spoilsport as to do that? The slides are available here.

At least one audience member had thought in advance – quite reasonably and logically, I’d say – that I meant to discuss P.G. Wodehouse v. Commissioner, a well-known U.S. international tax case. But that was not the case, and the main Wodehouse text that I discuss discussing is his immortal Right Ho, Jeeves.

This is the novel that begins something like this:

Jeeves, I said, may I speak frankly?

What I have to say may wound you.

But then our narrator, who is of course the immortal Bertie Wooster (rentier supreme in an era when rentiers have long since ceased to view themselves or be viewed like a Darcy), realizes that he has failed to give the reader the necessary background information preceding this exchange. So we don’t get the next words in this dialogue for maybe 30 pages or so.

The joke, immediately clear to any reader who knows about the Jeeves-Wooster relationship, is that Jeeves the servant cannot possibly be “wounded” emotionally by anything that the "mentally negligible" (his own phrase) Bertie might have to say about him.

There are actually rich possibilities in a close reading of Right Ho, Jeeves and associated works (such as its successor, Code of the Woosters), even though one doesn't wish to be stodgy or to kill all the fun. My slides briefly allude to some of the possibilities.

Conference aside, it was nice to be back in Washington (my home base for six years in the 1980s), and I also briefly got to meet these individuals. 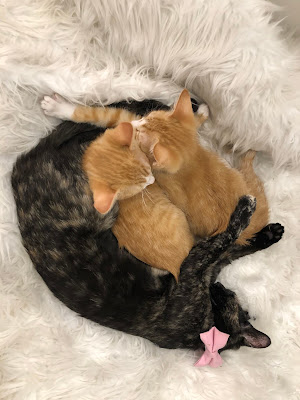