Preview of Literature and Inequality

Most of the book's first 49 pages can be viewed for free here.

The Amazon Kindle version and preview aren't up yet, but I hope soon. The B&N Nook version appears to be live.
Posted by Daniel Shaviro at 9:48 AM 36 comments:

At this point, we obviously do not know what the fall 2020 semester will look like, be it at NYU Law School or anywhere else. But the possibilities surely include its taking place more or less as normal, or else perhaps via Zoom.

In any event, the schedule was 99% set when the coronavirus stoppage got rolling, so I figured, why not take the last couple of steps to complete it.

I should note that I don't yet know for sure who will be my co-convenor. That, actually, was up in the air even before the transformation.

Anyway, with full hopes (whether or not confidence) that this will actually happen, here is what we hope to have on tap:

My book Literature and Inequality is now live

I realize that such things seem trivial right now, but my new book Literature and Inequality has now gone live, as per the Anthem Press link here and the Amazon link here.

UPDATE: Barnes and Noble has a better price for Literature and Inequality.
Posted by Daniel Shaviro at 9:16 AM 200 comments:

Sometime back in October 2019, Fordham Law School hosted a symposium entitled "The Future of the New International Tax Regime." Remarks (including mine) from the session, which featured a number of well-known international tax scholars, have now been printed in physical form by the Fordham Journal of Corporate and Financial Law, and are also available online.

You can find the full proceedings here. My remarks are at pages 250-258 if you go by the numbered physical pages, aka pages 33-41 within the posted file.
Posted by Daniel Shaviro at 9:59 AM 144 comments:

With events being canceled all over the place, I realized that it was time to make things official, and scrap the once-firm plans for the following book event:

All things permitting, including in particular the state of life here more generally, I anticipate this event's being rescheduled for the fall.

Meanwhile, here is an advance look at the book's cover art: 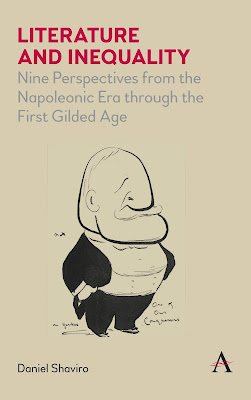 I've just completed a new article draft, entitled "What Are Minimum Taxes, and Why Might One Favor or Disfavor Them?" It addresses, among other topics:

(1) the purposive, technical, and semantic contours of what the term "minimum tax" is generally used to mean, along with the reasons why these matter - relating, for example, to the creation of clientele effects and discontinuous marginal incentives,

(2 the lessons to be learned from the rise and fall of the alternative minimum tax (AMT),

(3) the Biden versus Warren design question of whether, if one gave tax consequences to highly profitable companies' financial statement accounting income, this should involve the use of a minimum tax structure or a standalone structure,

(4) the relationship between avowed minimum taxes and provisions, such as loss nonrefundability and applying foreign tax credit limitations, that set a zero percent floor on a particular tax rate,

(5) the issues posed by global minimum taxes, including GILTI in U.S. law and the OECD's recent GloBE minimum tax proposal.

In general I am quite skeptical about minimum taxes, although there may at times be optical or political economy reasons for preferring them to a given, limited set of realistically available alternatives.

I'll post it on SSRN soon, but probably not until I get some feedback from presenting it. The problem with posting too soon is that some of one's readership looks at it too early, before it's been improved. Barring travel restrictions from the coronavirus, I'll be presenting it at the Critical Tax Conference in Gainesville, FL, on April 3 or 4, and then at the Maurer Law School's 2020 Tax Policy Colloquium (in Bloomington, IN) on April 9. Also possibly in Oxford this summer, if international travel is feasible.
Posted by Daniel Shaviro at 11:18 AM 22 comments: